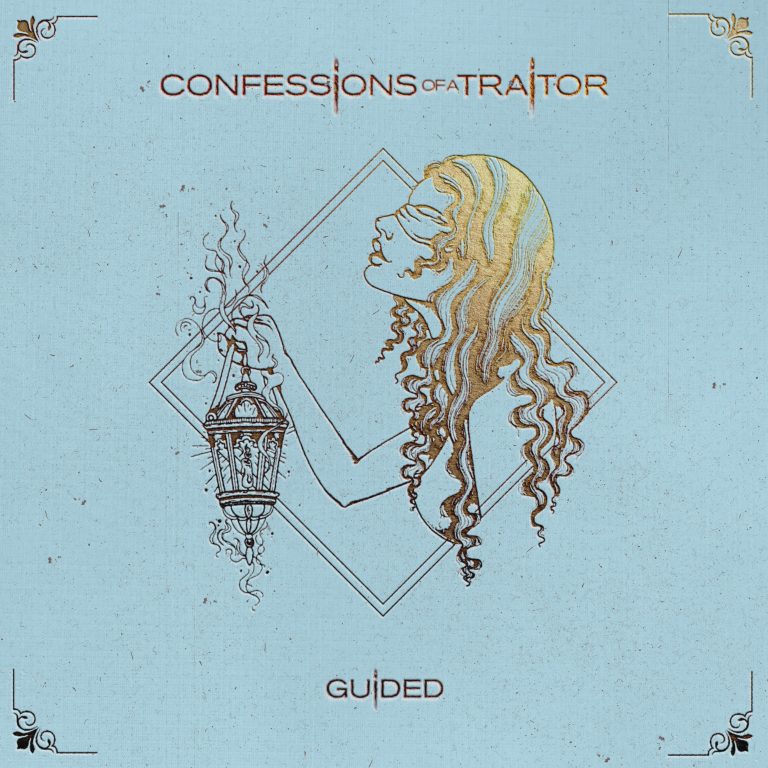 The Median Man sat down with Steve from Confessions Of A Traitor, to talk about the band and the metal world in general:

A mutual love for heavy music. We all enjoy listening to various different bands and wanted to create a sound that we enjoyed. This has been a rule that we have since perused, never wanting to sound like anyone else of a specific genre. Just write music we enjoy listening to and something we can go crazy to live.

It’s allows us to express raw emotion. Our mantra is “Aggressive Music For Positive People”, we have a message of happiness, belief and positivity that we want to spread.

In our genre of music a lot of the messages surround sadness, anger and hate, we wanted to break this mould and champion our own sound and message. We are all very happy people so just because the music we love is heavy why can’t our message be that of happiness and positivity as well?

It started very much in the studio writing as we played and this still happens, but a lot of it is on laptops and sent between us to add sections and build on new an old ideas.

Seb and Tony will add the bass and drums to the songs after initial songs have been structured. Steve will then begin to look at the feel of the songs and start to add vocal sections based off what hes written. Sometimes lyrics are only written once a full song structure has been complete depending on the feelings elicited from hear the tracks.

Happiness, belief and positivity from the struggles of real life. The songs are stories of incidents and hardships, but how we have not let them defeat us. How this situations spoken about have strengthened us to go on and be better people.

I feel you can’t truly grown until you have made mistakes and learn from them or really had your belief tested. You find out who you really are and what your true resolve is.

We will play the songs consistently in the practice room to get the feel of the energy. We pride ourselves on high energy shows and want that to translate in a set that will be remembered by those who come to see us.

We like to fly out of the blocks taking people by surprise and keep the intensity of the set high until we are crawling of the stage sweat drenched, and in some cases bleeding.

Yes absolutely, our genre isn’t a niche as people like to think. Millions love metal but it gets shunned and has a poor reputation. But I believe that in the day and age people are becoming more accepting and branching out. But really there is a lot of talent in the metal world and it need more attention.

Writing more music and touring as much of the world as we can.